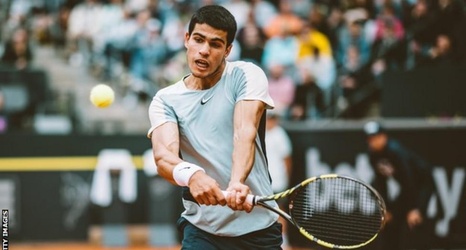 Spanish teenager Carlos Alcaraz will become the youngest player in the top five of the ATP rankings since Rafael Nadal in 2005 after reaching the Hamburg Open final.

"I have a lot of confidence for the final and hope to make it six-for-six," said Alcaraz after his latest clay win.

"Lorenzo is playing really well. It's going to be a great final."

Nadal was under a month away from turning 19 when he became fifth in the world for the first time.