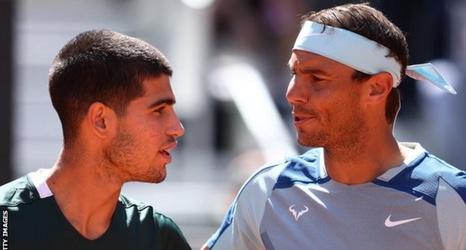 It felt apt that Carlos Alcaraz's victory over Rafael Nadal at the Madrid Open - which seemed like a seminal moment in the passing of power - was watched by Spain's King Felipe VI.

While Nadal is not prepared to abdicate from his 'King of Clay' throne, Alcaraz's first victory over one of his childhood idols - and subsequent lifting of the Madrid title - was the strongest sign yet the 19-year-old Spaniard is ready to rule the men's game.

Alcaraz, long touted as a future Grand Slam champion after being identified as a potential superstar aged 11, has dominated the ATP Tour in recent weeks.