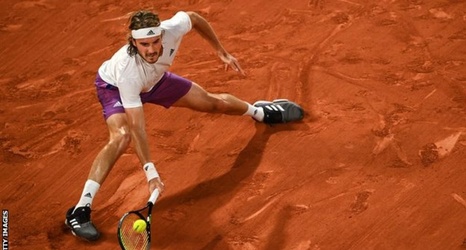 "I was playing against one of the best guys on the tour and I had to keep up with the intensity and elevate my game," said Tsitsipas, who has dropped only one set in the tournament.