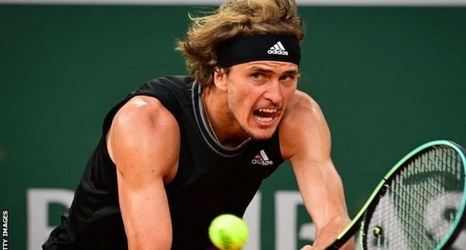 German sixth seed Alexander Zverev reached the semi-finals of the French Open for the first time with a straight-set win against Spain's Alejandro Davidovich Fokina.

Like Zverev, the pair are also aiming to win their first Grand Slam by lifting the title in Paris on Sunday.

"It is very nice to be in the semi-finals but just being there doesn't satisfy me," Zverev said.