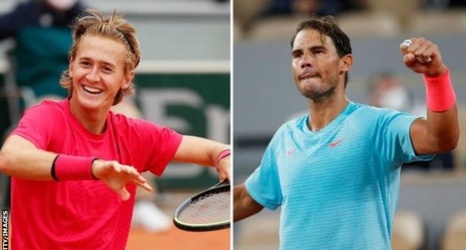 It's not his 19 Grand Slams, 12 French Open titles or almost two decades as a professional that make Rafael Nadal feel like he has been in tennis for a long time, but the name of his next opponent's cat.

On Friday, Sebastian Korda became the first qualifier to reach the last 16 at Roland Garros in nine years, a spell in which Nadal has won the championship seven times, and the pair will meet on Sunday.

The American is ranked 213th in the world, but the name might sound familiar. His dad, Petr Korda, was the 1998 Australian Open champion and reached the final in Paris in 1992.