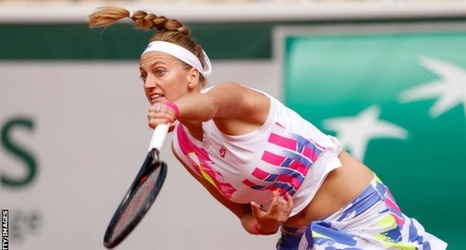 Petra Kvitova reached the French Open semi-finals for the first time since 2012 as an emotional run continued with victory over Germany's Laura Siegemund.

The Czech seventh seed maintained her record of not dropping a set at Roland Garros this year with a 6-3 6-3 win.

Two-time Wimbledon champion Kvitova, 30, is bidding for a first Grand Slam title since returning from a career-threatening knife attack in 2016.

She will face Sofia Kenin or Danielle Collins for a spot in Saturday's final.