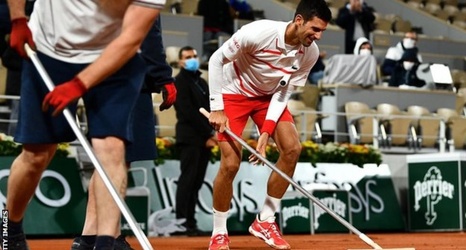 World number one Novak Djokovic put in another assured performance to beat Daniel Elahi Galan and reach the French Open fourth round.

Djokovic, who took the first set in 25 minutes, has lost just 15 games in his opening three matches.

He will face 15th seed Karen Khachanov of Russia for a place in the quarter-finals in Paris.

It is the 11th consecutive year that Djokovic has reached the last 16 at Roland Garros.