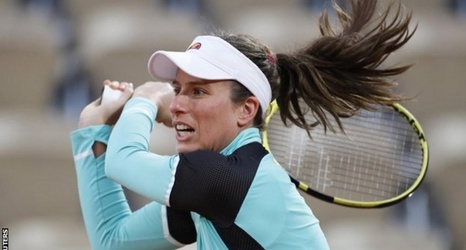 British number one Johanna Konta's hopes of another deep run at the French Open were ended by American teenager Coco Gauff in the first round.

Konta, 29, lost 6-3 6-3 to the talented 16-year-old, who put in an assured performance in her first Roland Garros main draw appearance.

A 2019 semi-finalist, Konta was error-prone against a youngster tipped by many pundits as a future major winner.

Konta's was the third British singles defeat of the opening day in Paris.

Her loss followed exits by Andy Murray and Dan Evans on a cool day in the French capital that drew complaints about conditions from some players, as the tournament got under way four months later in the year than usual.