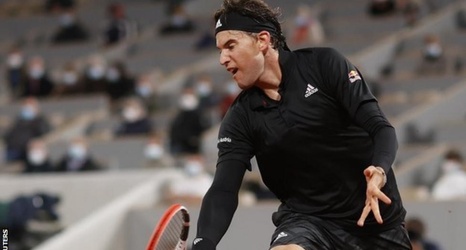 US Open champion Dominic Thiem eased into the French Open second round with a 6-4 6-3 6-3 win over Croatia's former world number three Marin Cilic.

The Austrian, 27, took the upper hand in the match when he broke in the ninth game on his way to a one-set lead.

Cilic, who made 39 unforced errors, was flustered by Thiem's defence, suffering two more breaks in the second set.

Two poor volleys in the sixth game of the third earned the two-time runner-up the crucial break en route to victory.

The third seed will play Reilly Opelka or his fellow American Jack Sock in the next round.