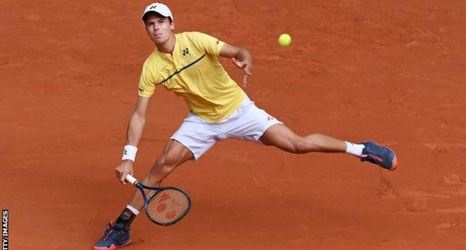 It was a composed display from the German world number 186, who is yet to drop a set during his first appearance in the main draw of a Grand Slam.

He joins Sebastian Korda in the last 16 as the first qualifiers to reach that stage at Roland Garros in nine years.

Altmaier will now face the winner of an all-Spanish meeting between Roberto Bautista Agut and Pablo Carreno Busta.