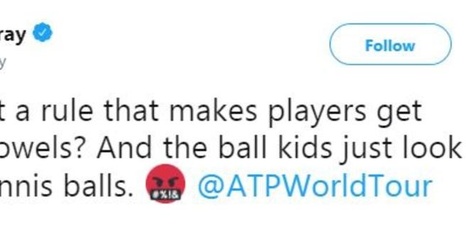 In the clip, Verdasco gesticulates angrily at the boy after a delay in receiving his towel between points.

The practice of ball boys and girls providing a towel to players is commonplace but has its critics.

"What about a rule that makes players get their own towels?" said Murray.

Responding to the same incident, which took place at the Shenzhen Open, GB Fed Cup captain Anne Keothavong wrote on Twitter: "I can't stand this.