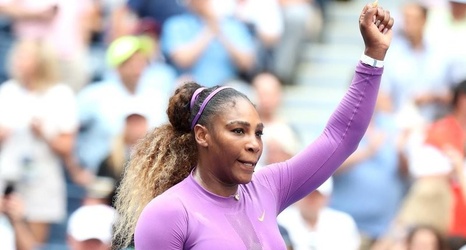 NEW YORK — Excuse our foray deep into the cliché well, but for Roger Federer and Serena Williams, that was just what the doctor ordered.

The two uberlegends—combined Grand Slam singles titles: 43—both dropped their opening sets to players outside the top 100 on Wednesday, sending an unseasonal shiver through their adoring fans inside Arthur Ashe Stadium. Both sought cleaner performances on a balmy, late-summer Friday in New York. Both got exactly what they wanted, and now they’re through to the fourth round of the U.S. Open after comfortable straight-set victories.

After laboring through his first two matches of the tournament, Federer cruised to a crisp smashing (6-2, 6-2, 6-1) of Britain’s Dan Evans that took just 79 minutes.