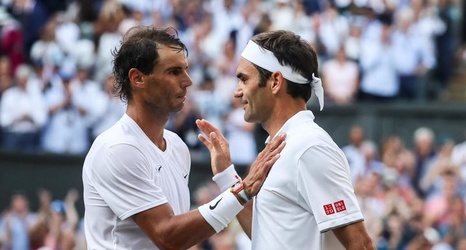 Roger Federer was in trouble. After narrowly winning the first set of Friday’s Wimbledon semifinal against Rafael Nadal, he had lost 30 of the 45 points in the second set. The mighty Federer, at his favorite tournament, had dropped a set 1-6. Nadal had wrestled any momentum the eight-time champion had built early on, and suddenly Federer looked very much like…well, a 37-year-old man.

Let’s pause to consider the stakes. A place in the Wimbledon final, yes. But with these two, as ever, we must consider legacies. The never-ending GOAT debate is very much a three-man race at this point—Federer, Nadal and Novak Djokovic, of course—so any match pitting two of them against each other, a fairly common recurrence even as all three advance into their 30s, carries weighty historical implications.