Fabio Fognini Is on His Best Behavior in His Return to the U.S. Open 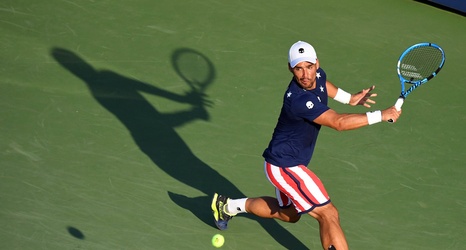 A year ago, Fognini, a 31-year-old Italian, was expelled from the U.S. Open before his third-round doubles match after it came to light that he had verbally abused the chair umpire Louise Engzell during a first-round singles loss to his fellow Italian Stefano Travaglia.

Fognini was charged with three violations of the Grand Slam code of conduct and fined $24,000 of the $72,000 he earned in singles and doubles.