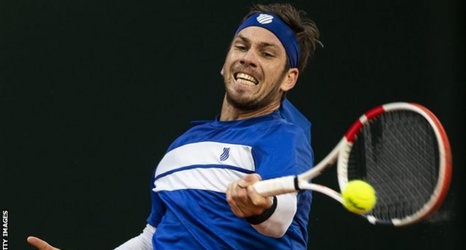 British number three Cameron Norrie lost 7-5 7-6 (7-4) to Canadian world number 19 Milos Raonic in the second round of the European Open in Antwerp.

Norrie, who reached the quarter-finals of the St Petersburg Open last week, saved three break points in the opening game of the first set before eventually dropping serve at 5-5.

The second set was even closer, but Raonic edged the tie-break to progress.

The fifth seed will face Bulgarian Grigor Dimitrov in the quarter-finals.