Emma Raducanu: US Open champion 'does not want to let go' of trophy 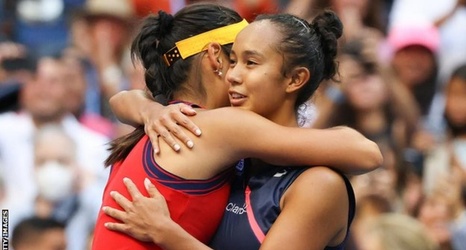 Emma Raducanu says she does not want to let go of the US Open trophy after her fairytale in New York culminated in the ultimate happy ending.

The 18-year-old is the first British woman in 44 years to win a Grand Slam singles title and did not drop a set.

She is also the first qualifier to win a major title.

"It means everything to hold this trophy and I don't want to let go right now," she told former British number one Tim Henman on Amazon Prime.

"Yesterday there were weird feelings I couldn't put my finger on - I think that's just normal.