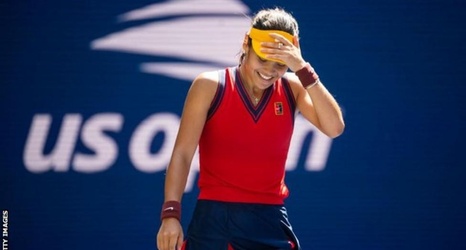 Emma Raducanu's US Open exploits are transcending tennis and capturing the public's imagination with the 18-year-old trending on Twitter and being congratulated by a rockstar for reaching the semi-finals on her debut in New York.

And that support was echoed on both sides of the Atlantic as Raducanu became the first player in the Open era to reach the last four of the American Grand Slam having started her campaign in qualifying.

The Toronto-born sensation, who moved to Britain aged two, has powered her way to the semi-finals without dropping a set, with her ruthless groundstrokes complemented by a beaming grin and a sense that Raducanu is determined to soak up every moment of this dream run.