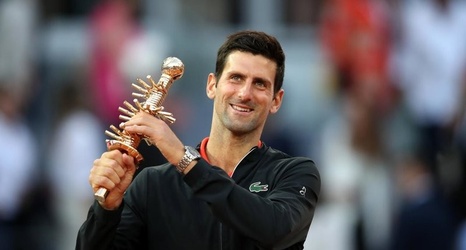 It was the second title of the season for the top-ranked Djokovic, adding to his triumph in the Australian Open. He hadn't won in Madrid since 2016, with his other title in the Spanish capital coming in 2011.

Nadal and Djokovic have five more Masters 1000 titles than Roger Federer, third in the all-time list.

Djokovic was in control from the start against his 20-year-old Greek opponent, who had defeated Nadal in the Madrid semifinals and was trying to become the first player to win three tour titles this season.