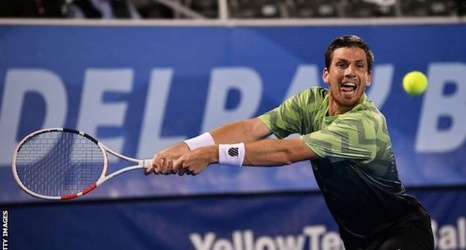 British number three Cameron Norrie is through to the Delray Beach Open semi-finals after a 6-0 3-6 6-4 win over Frances Tiafoe.

Norrie, 25, needed just 26 minutes to wrap up the first set before American Tiafoe found his strike in the second.

Victory in Florida set up a last-four tie with Sebastian Korda, who beat second seed and fellow American John Isner in the quarter-finals.

Isner then announced he will not play in February's Australian Open.

The world number 25 does not want to be away from his young family for an extended period, given they cannot travel with him as they usually would because of Covid-19 restrictions.