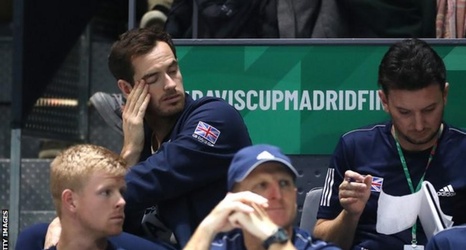 Great Britain go into this week's Davis Cup Finals with each team member having had the "best year of their careers", says doubles player Joe Salisbury.

Britain play France and Czech Republic in the group stage on 27/28 November.

"Everyone is in good form, playing well and feeling confident," said Salisbury.

Salisbury, 29, has enjoyed another impressive year alongside American Rajeev Ram, winning the US Open in September - their second Grand Slam title together - and finishing as runners-up in the ATP Finals on Sunday.