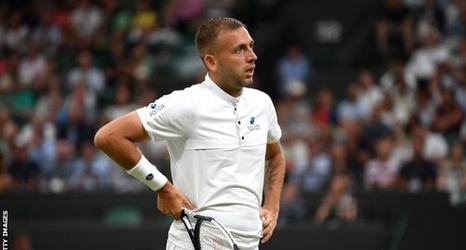 Dan Evans says his surprise decision to split with coach David Felgate was because the pair started to see "a few things differently".

The British number two informed Felgate of his decision at the start of August, a few days after losing in the first round of the ATP event in Washington.

Evans enjoyed an excellent grass-court season, culminating in a third-round defeat to Joao Sousa at Wimbledon.

In February he reached his second ATP final in Delray Beach.

"I saw a few things different, I think, to the way he saw it," Evans told BBC Sport at the Winston-Salem Open.