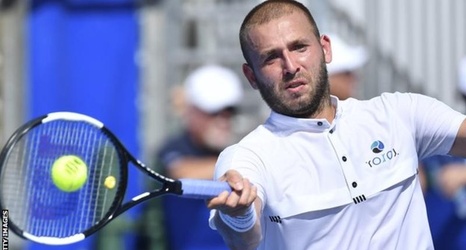 He fought back to beat last year's Wimbledon semi-finalist Isner, 33, in an hour and 32 minutes.

In only his second ATP final he will face an unseeded player, either Mackenzie McDonald or Radu Albot.