Coco Gauff Wins a Title. And Then She Wins Another. 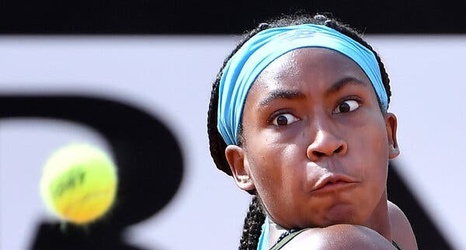 It had been a year and a half since Coco Gauff won a tennis title. On Saturday, she won two in only a few hours.

Gauff, the 17-year-old from Delray Beach, Fla., secured the singles title first: defeating Wang Qiang, 6-1, 6-3, with a poised and powerful performance at the WTA Tour’s Emilia-Romagna Open in Parma, Italy.

After a trophy ceremony and a short rest, Gauff returned to center court with her doubles partner Caty McNally and won the that title, too, rebounding from a slow start to defeat Darija Jurak and Andreja Klepac, 6-3, 6-2.

“Two titles in one day, not bad,” Gauff said as she thanked her father and coach, Corey, and the rest of her team.