Coco Gauff Fans Scramble for an Up-Close Look, Even in Defeat 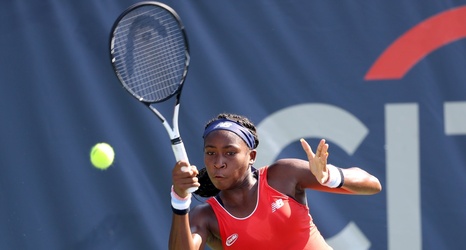 WASHINGTON — Even though she scaled back in terms of her stage and result, Coco Gauff, 15, continued to be the sensation of the summer in defeat on Tuesday.

Playing on the secondary John Harris Court at the Citi Open, Gauff lost, 6-4, 6-2, to the 84th-ranked Zarina Diyas in 1 hour 18 minutes, pausing the competitive component of Cocomania until the United States Open.

Despite the match’s starting at 4 p.m. on a weekday, there were long lines to get into the stands Tuesday afternoon, with dozens of fans waiting at any given time to join the smallest crowd to witness a Gauff singles match all month.