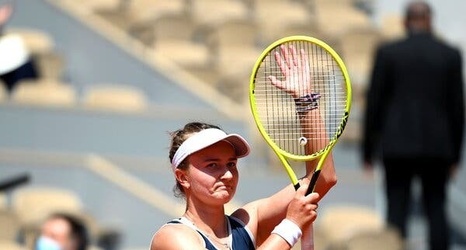 PARIS — It was the first Grand Slam singles quarterfinal for Coco Gauff and Barbora Krejcikova and, frankly, you could tell.

There were tight groundstrokes into the net, errant service tosses and multiple double faults, reversals of momentum and fortune.

To sum up, there was tension in the sunlight as fans — remember those? — shouted “Allez Coco!” from high in the stands in the Philippe Chatrier stadium.

Gauff, the American 17-year-old, received the majority of the support, but she could not quite manage to give the Roland Garros public what it desired. After failing to convert five set points in the opening set, she went on to lose to the unseeded Krejcikova, 7-6 (6), 6-3.