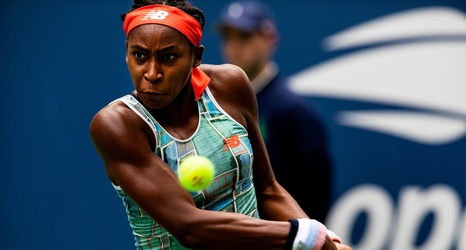 Coco Gauff’s memorable Wimbledon joy ride carried over to a Grand Slam tournament much closer to home on Tuesday.

In her United States Open debut, Gauff, the 15-year-old American phenom from Delray Beach, Fla., fought back after a shaky start to defeat Anastasia Potapova of Russia in the first round, 3-6, 6-2, 6-4.

Gauff is the first 15-year-old to win a singles match at the U.S. Open since the American CiCi Bellis upset Dominika Cibulkova in the first round in 2014.

But Gauff, unlike Bellis at that stage, is no tennis unknown, and she appeared to have command of the match with a 4-1 lead in the third set, but Potapova rallied to even the score at 4-4 before Gauff won the final two games.