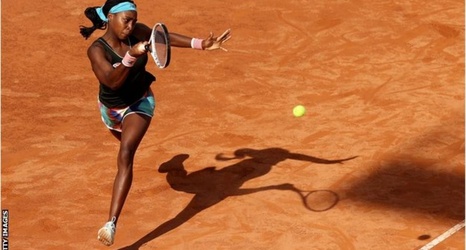 American 17-year-old Coco Gauff clinched her second WTA title by beating Wang Qiang 6-1 6-3 in the final of the Emilia-Romagna Open in Parma.

She then broke Wang in the fifth game of the second set to cruise to her first clay-court title on the WTA tour.

The teenager's victory comes 19 months after she broke through for her maiden title as a 15-year-old, beating 2017 French Open champion Jelena Ostapenko to claim the Linz Open crown.

Gauff is the fifth teenager to win a singles title on the WTA Tour this season and will reach a ranking of 25 on Monday, meaning she will be seeded for the French Open starting on 30 May.