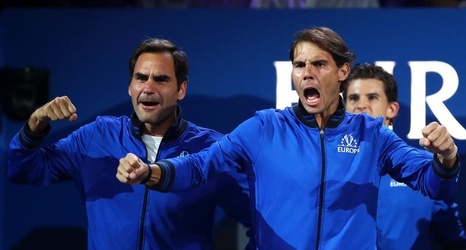 The Laver Cup has done everything in its power to brand itself as a non-exhibition, pitting some of the world's best players against each other and fostering a genuine team atmosphere. There's been buy-in from the players, the fans and the ATP, and it's made for some truly compelling television.

But the best part of the event, now in its third edition, has been listening to Roger Federer and Rafael Nadal coach their teammates. And, even more so, each other.

On the first day of competition on Friday, Federer laid into world No. 11 Fabio Fognini, urging him to put aside the negative thoughts.