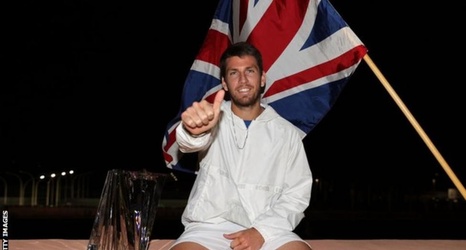 Cameron Norrie's Indian Wells victory was already remarkable enough without his revelation that his shoes had gone missing before the final and he had to wear new ones.

The 26-year-old became the first Briton to win the prestigious Masters 1,000 event in California with a 3-6 6-4 6-1 victory over Georgia's Nikolocz Basilashvili.

But his preparations were derailed when - rather like what happened to compatriot Andy Murray earlier in the tournament - his footwear vanished.

"Every day I left my shoes on top of the locker. I think someone, I don't know who it was, maybe someone from the cleaners or something last night, came through and they threw the three pairs of shoes that I had away," he told a news conference.