Australian Open: Stefanos Tsitsipas unsure if he will be fit for Grand Slam tournament after ATP Cup defeat. 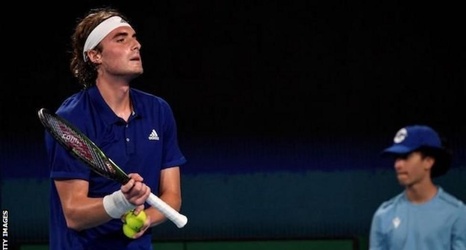 World number four Stefanos Tsitsipas admits he is unsure if he will be fit to play at the Australian Open.

Greece's Tsitsipas was beaten 6-7 (5-7) 6-3 6-3 by Argentina's Diego Schwartzman at the ATP Cup in his first singles match since elbow surgery.

He had sat out his first singles match at the tournament in Sydney to "protect" his elbow.

But after playing in the doubles on Saturday, he conceded he was "in a lot of pain".

The Australian Open starts on 17 January in Melbourne.

"That is enough [time to recover], I believe," he said.