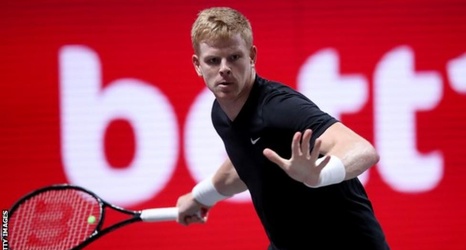 Britain's Kyle Edmund will miss next month's Australian Open because of a persistent knee injury.

World number 48 Edmund was a semi-finalist in Melbourne in 2018.

However, the British number two had to end his 2018 season early after a scan revealed fluid behind his knee and then retired from his second-round match at the 2019 French Open with a knee issue.

"Unfortunately, my knee is not quite ready to compete in the upcoming Australia swing," said the 26-year-old.

"I hope to be back competing soon."

Since the sport returned after lockdown, Edmund has won only one of his seven matches, beating Alexander Bublik of Kazahkstan in the opening round of the US Open before losing to top seed Novak Djokovic.