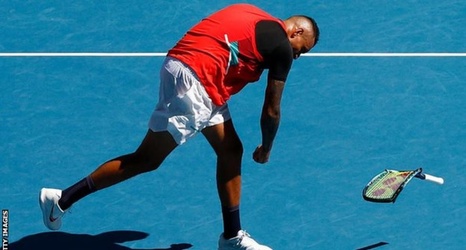 Tennis officials will hand out stricter punishments for on-court misconduct, the men's governing body has said.

The ATP told players it was also reviewing its penalties for serious violations and repeat offenders.

Australian Nick Kyrgios was fined a total of $60,000 (£45,700) after the 26-year-old's outbursts at Indian Wells and the Miami Open earlier this year.

German Alexander Zverev was also thrown out of the Mexican Open after hitting the umpire's chair with his racquet.

In a letter seen by Reuters news agency, the ATP said the incidents "shine a bad light on our sport".