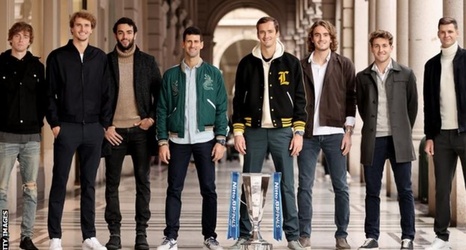 Novak Djokovic says he feels fresher going into next week's ATP Finals than in previous years as he chases an elusive record-equalling sixth title.

Serbia's Djokovic, 34, is seeking his first victory in the event since 2015.

After missing out on a rare calendar Grand Slam at September's US Open, Djokovic took time off before returning to win last week's Paris Masters.

"I needed that break to rejuvenate and get ready for a strong finish to the season," said the world number one.