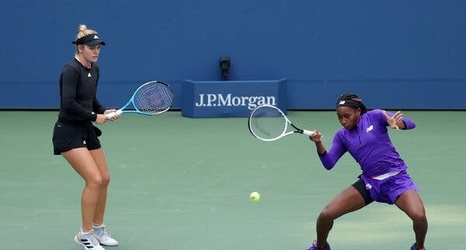 As Emma Raducanu and Leylah Fernandez have put themselves one match away from an improbable all-teenage U.S. Open women’s singles final, an even younger duo is just as close to taking the trophy in tandem.

In Gauff and McNally’s on-court interview in front of a joyful crowd at Louis Armstrong Stadium, McNally said she had drawn inspiration from her peers’ success in singles.