At the U.S. Open, No. 1 Ashleigh Barty Is Stunned by Shelby Rogers 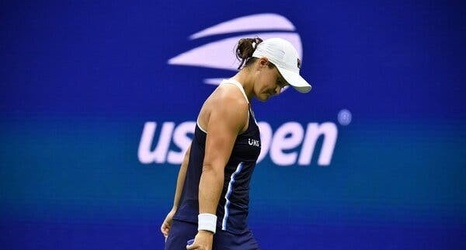 Shelby Rogers held an unusual distinction when she walked onto the court in Arthur Ashe Stadium on Saturday. She was the last remaining American woman in the U.S. Open women’s singles draw, and it was only the third round.

Sofia Kenin, Serena Williams and Venus Williams all skipped the tournament with ailments, and stars like Coco Gauff, Sloane Stephens, Danielle Collins and Jessica Pegula had already been eliminated.

It was looking nearly as bad for Rogers, too. Trailing 2-5 in the third set to top-seeded Ashleigh Barty, Rogers completed a stirring comeback to the delight of the pro-American audience to score the biggest upset of the tournament, ousting the Australian 6-2, 1-6, 7-6 (5).