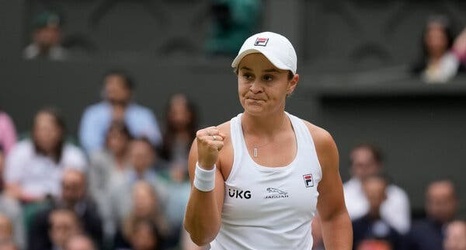 Barty is the No. 1-ranked player in the world and was the top seed at Wimbledon but she was hardly considered a runaway favorite at Wimbledon, a tournament she has never won. Just last month, Barty had to retire in the middle of her second round match at the French Open with an injury to her left hip.

She did not play a warm-up event on grass ahead of Wimbledon but reeled off six straight wins at the All England Club without dropping a set on her way to the final.