Another Injury to Rafael Nadal Allows Novak Djokovic to Return to No. 1 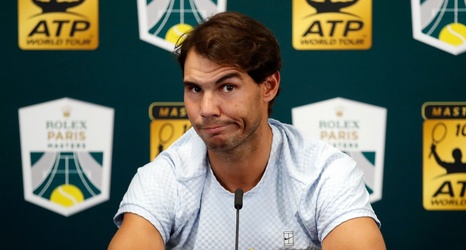 Rafael Nadal pulled out of his second-round match at the Paris Masters on Wednesday because of an abdominal problem, meaning Novak Djokovic will reclaim the No. 1 ranking.

Nadal was returning from a right knee injury that forced him to retire from his semifinal match at the United States Open. But he took medical advice not to play his first match in Paris, against Fernando Verdasco.

“The last few days I start to feel a little bit the abdominal, especially when I was serving,” Nadal said. “I was checking with the doctor and the doctor says that is recommended to not play, because if I continue, the abdominal maybe can break and can be a major thing, and I really don’t want that.