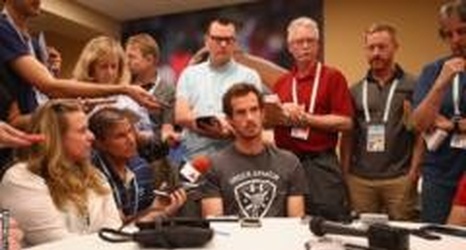 World number one Andy Murray says he has "work to do this year" after falling "behind" six other players over the course of 2017.

The rankings are calculated over a 12-month period but six of Murray's rivals have accrued more points this year.

"When we start on 1 January, it's back to square one," said the Briton, who is in Indian Wells having won his first title of the year in Dubai last week.

The 29-year-old beat Fernando Verdasco to win the title for the first time.

But a fourth-round defeat by Mischa Zverev at the Australian Open in January means Murray has ground to make up on Roger Federer, Rafael Nadal, Grigor Dimitrov, Jo-Wilfried Tsonga, Dominic Thiem and David Goffin in the 2017 rankings.