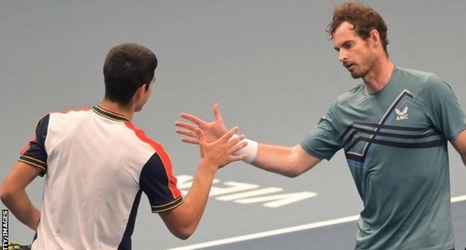 Britain's Andy Murray lost for the first time in his career at the Vienna Open after a straight-set defeat by Spanish teenager Carlos Alcaraz.

Murray, 34, broke early in the second, but Alcaraz fought back to win the final four games and seal victory.

In the opening round, Murray earned his first success of the year against a top-10 opponent by beating Poland's world number 10 Hubert Hurkacz.