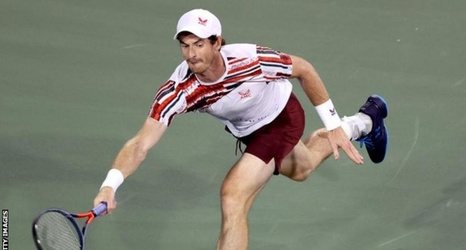 Andy Murray is out of the Cincinnati Masters after a straight-set second-round loss to ninth seed Hubert Hurkacz.

Two-time champion Murray lost a tie-break in the first set before being broken late in the second.

The 24-year-old Pole will now face Spaniard Pablo Carreno Busta in a bid to make it to the quarter-final, as he looks to win a fourth career title.

Murray had eased past Frenchman Richard Gasquet in straight sets in the first round, while Hurkacz clinched a three-set victory over Alejandro Davidovich Fokina.