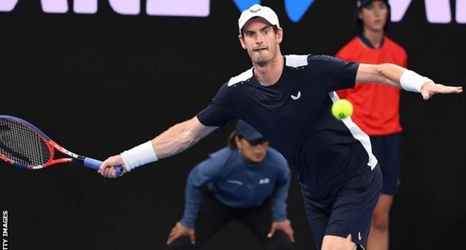 Britain's Andy Murray has been awarded a wildcard for February's delayed Australian Open.

It comes two years after he played what he feared would be his final match as a professional in Melbourne.

The five-time runner-up, suffering from chronic hip pain, lost in five sets to Spain's Roberto Bautista Agut in the first round of the 2019 event.

A film paying tribute to his career was shown on the big screen in the Melbourne Arena after the match.

"His retirement was an emotional moment and seeing him come back, having undergone major surgery and built himself back up to get on to the tour again, will be a highlight of AO 2021.