An Analytical Approach to Choosing a Tennis Racket 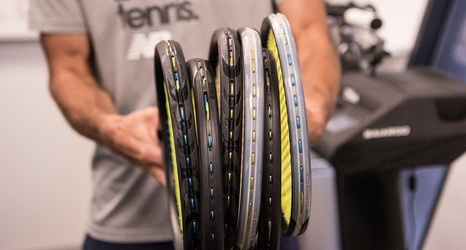 I had arrived at the National Tennis Center in Melbourne Park in my tennis togs for a computer-monitored hitting session at the indoor practice courts during last month’s Australian Open.

My court was the last one in a row, and it looked at first glance like all the standard courts that preceded it. There were lines, a net and a blue acrylic surface like those in use at the Open.

Then my guide, Machar Reid of Tennis Australia, began pointing toward the rafters, to cameras, 11 of them, and a large flat-screen monitor fixed high above the court.