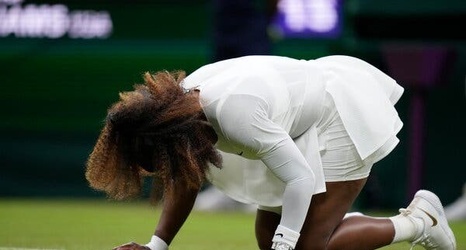 WIMBLEDON, England — Matches continued on Centre Court at Wimbledon as rain fell outside on the first two days of the tournament that showcases top stars in an arena considered a cathedral of the sport before thousands of fans.

And while the rain wasn’t falling inside Centre Court, the players were. At their best, fast, low-bouncing grass courts encourage engaging, all-court tennis that rewards risk and punishes passivity.

At their worst, the courts’ slick surface allows flat-soled tennis shoes to skid and players to crumple to the ground, often in pain.

Slippery conditions caused injuries in back-to-back matches on Tuesday, affecting the fortunes of two of the sport’s most venerated stars.