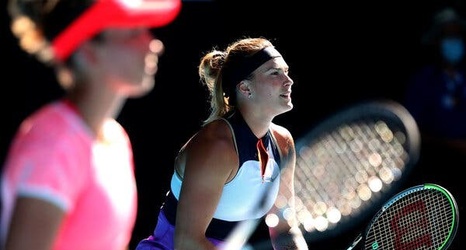 The win will move Sabalenka to the No. 1 ranking in doubles for the first time, with Mertens close behind at No. 2.

But after the title, the second Grand Slam triumph they have won together, Sabalenka said she would no longer play doubles and instead put her “whole focus on singles,” in which she is ranked seventh.

“I just want to manage my energy,” Sabalenka said.