A Noteworthy Year for Dominic Thiem 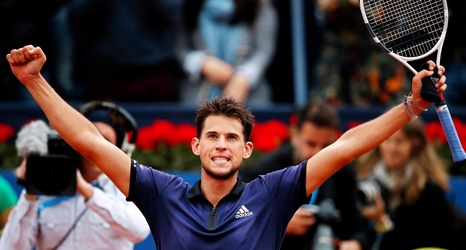 Dominic Thiem would have preferred to still be in New York. As the fourth seed at the United States Open, Thiem was expecting to stick around at least until the second week of the last major of the year.

But, felled by a virus that forced him to withdraw from a warm-up tournament in Cincinnati, Thiem, whose nickname is Domi, lost in the first round at the Open to the 87th-ranked Thomas Fabbiano of Italy. Two days later, he was back home in Vienna, seeing doctors and resting.

Thiem, 26, returns to play for the European team in the Laver Cup in Geneva alongside Roger Federer, Rafael Nadal, Alexander Zverev, Stefanos Tsitsipas and Fabio Fognini.