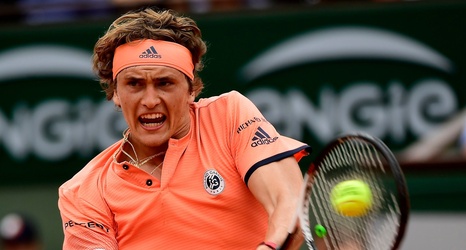 PARIS — Talented and pegged-for-success as Alexander Zverev might be, there he was in the French Open’s main stadium Friday, on the precipice of a third-round defeat and yet another Grand Slam disappointment.

A loss to Damir Dzumhur would have left the second — seeded Zverev with an 0-8 record at major tournaments against men ranked in the top 50. A loss also would have left his résumé with only one trip as far as the round of 16 at any Grand Slam tournament — and zero such runs at Roland Garros.

In the fourth set, Dzumhur, a Bosnian seeded 26th, served for the victory.