NextGen Players Challenge The Big 3 For A Grand Slam Win 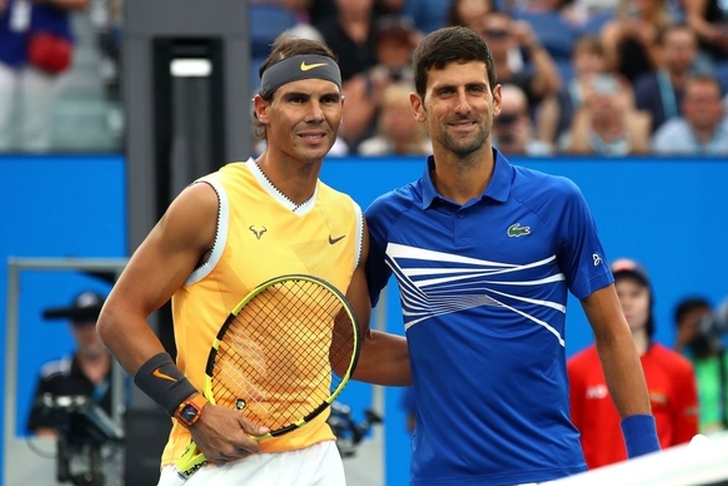 The wind of change is blowing ever stronger in the ATP and NextGen tennis players are waiting for the perfect opportunity to strike.

Will a NextGen Player Win a Grand Slam in 2020?
The ATP Tour felt like a private club for nearly two decades, with Nadal, Djokovic, and Federer as its three privileged members. Commonly referred to as the “Big 3”, these players are always the main favorites at every Grand Slam tournament. 32redcasino publishes the odds in advance for all the major tournaments, and these three names are always at the top of the list. They won 55 of the last 68 Grand Slams and are expected to win all four events in 2020.

What Makes the Big 3 so Hard to Beat?
Federer is arguably the most talented player of the three, incredibly intelligent and showcasing a level of fitness way above the pack. Creative by excellence, elegant and deadly, the Swiss superstar is an avatar of efficiency and pragmatism. He spends little time on the tennis court and makes the most of every ball.

Djokovic is the most constant player in tennis history, and those who compete against him feel like playing against a wall. Every single ball comes back with power, precision, and the longer the rally takes, the better the odds are for Novak to win. He is the nightmare of any young player as a Grand Slam.

Nadal is the embodiment of power, tenacity, and his will to win is unmatched. After winning 19 Grand Slam tournaments, he is just as motivated, and he never gives up regardless of score and opponent. Rafa is the best clay tennis player of all time and the overwhelming favorite at Roland Garros year after year.

Each of the Big 3 has unique qualities that make him a force to be reckoned with in the most prestigious tennis tournaments in the world. The thing they all have in common is a rock-solid mind and the uncanny ability to stay focused and play at 100% when it matters the most. To win a Grand Slam, one needs to prevail in seven matches, and Nadal, Djokovic, and Federer can do it without breaking a sweat.

The Future of Tennis Looks Bright
NextGen players are, generally speaking, the younger players, and the name comes from the NextGen tournament in Milan. The most promising athletes, including some of the winners of the event, are Stefanos Tsitsipas, Alexander Zverev, Daniil Medvedev, Nick Kyrgios, and Dominic Thiem. They’ve made deep runs in Grand Slam tournaments, and some even played a final, but so far, the trophy has evaded them. Each has victories over Big 3, including games played at the highest level.

Stefanos Tsitsipas defeated Roger Federer at the Australian Open, Thiem won against Djokovic at the French Open and Dimitrov prevailed against Federer in 2019. Daniil Medvedev came the closest to winning a Grand Slam tournament, also last year at the U.S. Open. He gave Rafael Nadal a run for his money and was on the verge of defeat in the Spanish champion. At the end of the day, he had to settle for second best after failing mentally in the final games of the match.

Medvedev and Thiem are poised for a Grand Slam Win
Stefanos Tsitsipas, Alexander Zverev, and Nick Kyrgios are big-serving players, with an exceptional forehand, but one common problem. They lack the mental strength and have the nasty tendency of crumbling under pressure when things get serious. Tsitsipas gets vocal and loses focus when his one-handed backhand betrays him. Zverev is quick to give up when his forehand misfires, while Nick Kyrgios has made a habit of arguing with everybody while making a show out of the most famous games.

This leaves Medvedev and Thiem as the most likely NextGen players to win a Grand Slam in 2020 and beyond. Daniil Medvedev is an all-court specialist with a proven record, and he was just a few points away from winning the U.S. Open. On the hardcourt, he can defeat anyone on a good day, and both the Australian and American Grand Slams are played on this surface. Thiem’s best chance is to prevail on the clay of Roland Garros, in the event that Nadal doesn’t play or is eliminated in the early stages.