What We Learned From Tennessee's 38-28 Win Over Florida 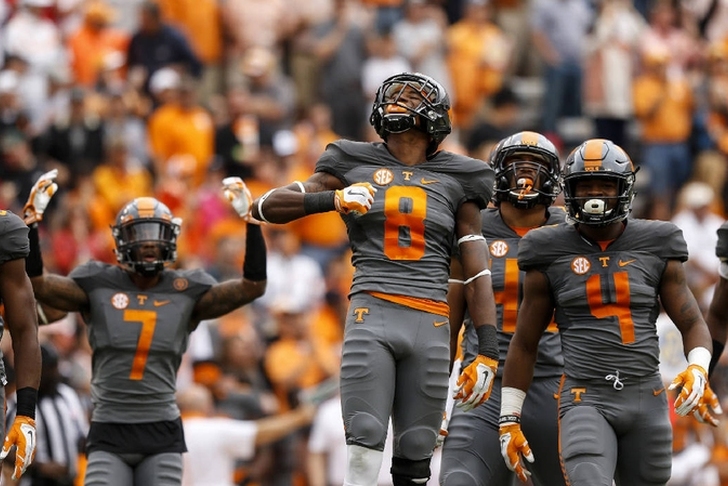 The Tennessee Volunteers ended their 11-game losing streak to Florida, beating the Gators, 38-28. It was a tale of two halves for the Vols, who were down 21-0 before pulling off a furious rally in the second half to get the win. Here are three things we learned about Tennessee from the win:

3) They have a flair for the dramatic
The Vols have been trailing in the first half in three of their first four games this season, forcing them to rely on comebacks. They're responded every time (as their 4-0 record has shown) and might just be a second half time. True to form, they look like one of the SEC's worst teams in the first half, then look like a national championship contender while they come back in the second. It's a dangerous formula, but one that has made each game exciting (whether that's a good or bad thing).

2) Tennessee's defense might be the best in the SEC
The Vols are giving up just 21 points per game so far this season - one of the better marks among teams that have actually played someone - and they flexed their muscle in the second half against Florida. Six of the Gators' seven second half drives ended without a first down, and two of them ended in turnovers. Tennessee played their best when it mattered most, allowing this comeback to happen.

1) This is a season-changing win
For really the past decade, the Vols have never been able to get over the hump. Whether it be by blowing late leads, losing to Florida or Georgia or Alabama, Tennessee has never really been able to return to being one of the SEC's elite teams. This was supposed to be the year, but no one knew for sure. After this win, snapping a decade-plus long losing streak in dramatic fashion, it feels as though everything is starting to break Tennessee's way. Both players and fans alike now BELIEVE they can win the SEC East, instead of just hoping for it.

Yes, the winds are changing in Knoxville, and this game was the start of what is sure to be an impressive run.