WATCH: Every Tennessee TD From The Vols' 34-31 Win Over Georgia 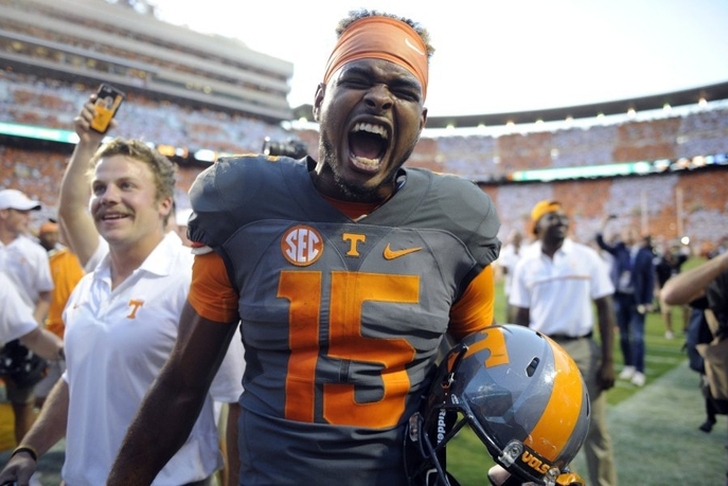 The Tennessee Volunteers pulled off perhaps the most entertaining victory for the 2016 season, connecting on a last second Hail Mary to beat Georgia, 34-31. However, the Vols also trailed 17-0 in the game, meaning they pulled off yet another comeback to keep the SEC East lead. Here is every touchdown they scored in this game:

Josh Dobbs got the scoring started for Tennessee with a 4-yard TD run.

Dobbs then found Jalen Hurd for the 19-yard TD.

At the start of the 4th quarterback, Kamara caught this pass and ran 12 yards for the touchdown.

Kamara stays on his feet and sprints for the TD!! #Vols down just 3! #VolNation #RockyTop pic.twitter.com/hCquYLe6eX

Then, to originally take the lead at the fourth, Corey Vereen recovered a fumble in the end zone after Derek Barnett sacked Jacob Eason.

Finally, there was the HAIL MARY - Dobbs to Jauan Jennings!