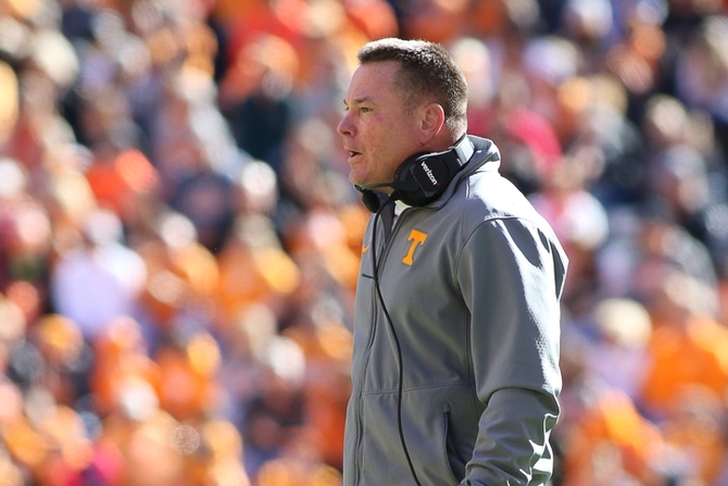 The Tennessee Volunteers are in a good mood after their third straight win, and things are definitely looking up around the program in Knoxville. We're here to assess the landscape in advance of the team's trip to Missouri on Saturday with our Tennessee Volunteers Football Roundup: News, Rumors & Recruiting - Everything You Need To Know For Mid-November.

After Tennessee's underwhelming 24-0 homecoming shutout of North Texas on Saturday, Vols HC Butch Jones wasn't about to get on his team about the way they won: "There isn't a 'U' behind the 'W' that says ugly win."

With the win, the Vols moved to 6-4. They are now bowl eligible for the second straight year.

The Volunteers offense looked a lot different with QB Josh Dobbs confined to the pocket for most of Saturday's win.

The University of Tennessee is looking into the condition of the grass at Neyland Stadium after several players struggled with footing due to poor conditions on Saturday, Go Vols Xtra reports.

Butch Jones says he has a "tremendous amount of respect" for Missouri HC Gary Pinkel, who will retire following the 2015 season due to a battle with lymphoma.

Four-star 2016 offensive tackle Landon Dickerson is considered by most to be a heavy Virginia Tech lean, but he did enjoy his back-to-back visits to Knoxville over the past couple of weeks.